A combination of herbs shown to have Anti-Histamine and Anti-inflammatory actions.
Use for allergic reactions and hot inflamed itchy skin.

Huang Qin (Scutellaria baicalensis):
Flavonoids, present in Scutellaria baicalensis appear to inhibit histamine release from mast cells. Histamine is responsible for the symptoms of allergic reactions. Huang Qin appears to help with the symptoms of hay fever, asthma, atopic eczema, food allergies, etc.
Along with inhibiting histamine release, Huang Qin also appears to exert a potent anti-inflammatory effect. This action seems to be due to the inhibiting effect Huang Qin has on the release of inflammatory leukotriens and prostaglandins. Prostaglandins and leukotriens are approximately 1000 times more inflammatory than histamine. Initial research into Scutellaria baicalensis suggests its anti-inflammatory effect is comparable to non-steroidal anti-inflammatory drugs, with none of the side effects associated with these drugs.
Huang Qin has also been shown to be an effective antioxidant. This action is especially useful when you consider the detrimental role free radicals can play on inflammatory conditions.

Ginkgo (Ginkgo biloba):
Well known for its effect on circulation and brain function. Ginkgo also inhibits platelet—activating factor (PAF) one of the major chemical triggers in asthma, inflammation and allergies. Rich in Flavonoids.

Eyebright (Euphrasia officinalis):
As the name suggests Eyebright has a special affinity with the eyes, nose and sinuses. Specific for conjunctivitis, etc. Its actions are anti-inflammatory and anti-histamine, so although the special affinity to eyes and sinus is well noted, it also has a calming effect on other allergic reactions.

Nettle (Urtica dioica):
A traditional remedy for all form of allergic reactions. 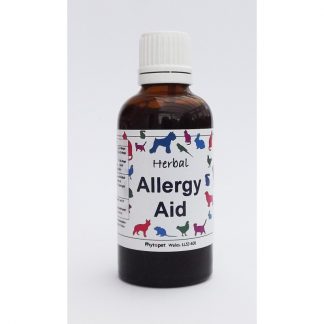